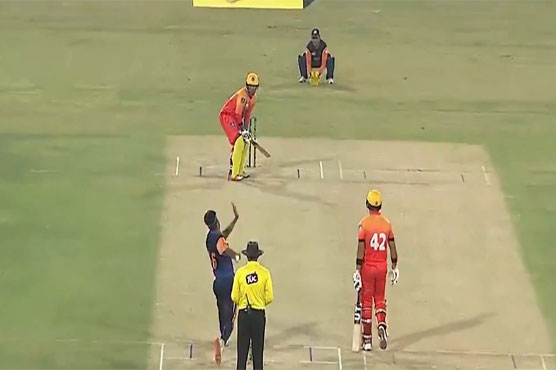 In the second game game of the day, Sindh got their first win of the campaign in similarly resounding fashion, inflicting a first defeat on Central Punjab. After Central Punjab had managed a stuttering 154, chiefly thanks to Abid Ali s half-century, Sindh s 134-run opening partnership ensured they barely needed anyone else to brush the total aside, with Sharjeel Khan s explosive 56-ball 77 enough to sink Central Punjab by seven wickets.

Sindh s bowling was a team effort, with Sohail Khan accounting for three of the top five, while Mohammad Asghar was economically soundest, taking 2 for 23 in his four. Only one bowler – Mohammad Hasnain – conceded runs at more than eight per over, while Central Punjab s hero last game, Abdullah Shafique, struggled for fluency today, taking 25 balls to score 17.

But while Central Punjab had made short work of chasing a total in excess of 200 the first time out, it turned out defending 154 was a different kettle of fish altogether. Even with a bowling attack spearheaded by Naseem Shah, they were unable to stem the flow of runs or make any inroads into the Sindh batting line-up, with Sharjeel and Khurram Manzoor methodically keeping the scoreboard ticking while putting away loose deliveries to ensure they maintained firm control of the contest. With Sharjeel in a destructive mood, Manzoor could afford to be more circumspect, getting to his own half-century in 45 balls.

Both openers did fall in quick succession and as the asking rate crept up, there may have been brief concerns that Sindh might mess the chase up, but a pair of sixes from Azam Khan in the penultimate over sealed the deal. It ensured all four teams that played on the day ended with one win and one after two games each.