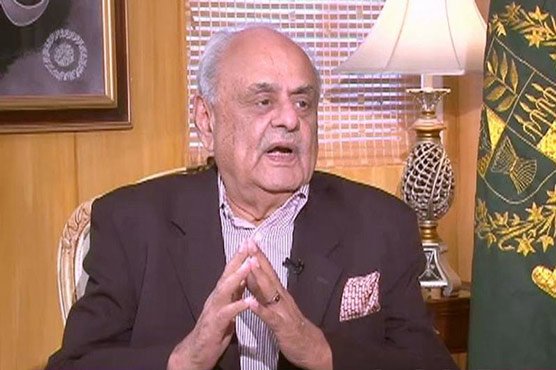 Any conspiracy against country, army will not succeed: Ijaz Shah

ISLAMABAD (City News) – Federal Interior Minister Ijaz Shah Sunday said that any conspiracy against Pakistan and its army will not succeed.

According to details, Ijaz Shah said that entire nation stands with armed forces of Pakistan and accused Nawaz Sharif of working for India.

On the other hand, Special Assistant to Prime Minister Imran Khan for political communication Shahbaz Gill has said that people of Lahore have rejected Pakistan Muslim League-Nawaz’s (PML-N) narrative against Pakistan and Army.

In a post on social-networking website Twitter, the special assistant said that every national of Pakistan loves army and pays tribute to the sacrifices of the soldiers.

PML-N supremo and former PM Nawaz Sharif will be made accountable over his secret meeting at embassy in London, he added.

Any conspiracy against countryarmy will not succeed: Ijaz Shah
0 97
Share FacebookTwitterWhatsAppPinterestEmailFacebook MessengerTelegram