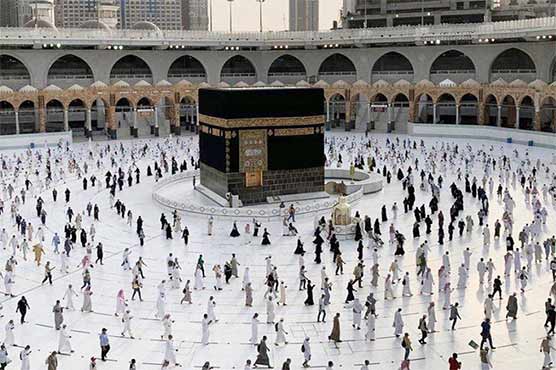 Umrah pilgrims return to a Makkah stilled by COVID-19 slump

The group of Umrah pilgrims entered the mosque after applying through the Ministry of Hajj and Umrahs Eatmarna App.

To accommodate a quota of 6,000 pilgrims per day, the Ministry of Hajj and Umrah has prepared five meeting points where pilgrims will meet and join health professionals on buses to the Grand Mosque.

To welcome the pilgrims, thermal cameras are placed at the entrances and inside halls of the Grand Mosque to monitor body temperature spikes and issue alerts if necessary.

About 1,000 employees have also been trained to monitor the rituals of Umrah in the Grand Mosque.

Beginning Nov. 1, Saudi Arabia will allow visitors from specific countries deemed safe to perform umrah at 100% of the revised capacity, until the end of the pandemic, SPA said.

Umrah is an Islamic pilgrimage to Makkah and Medina undertaken any time of the year, attracting 19 million people last year.

This year, Saudi Arabia conducted a limited haj, the larger pilgrimage that usually attracts around 3 million people, for a few thousand citizens and residents.

Official data show haj and umrah earn the kingdom about $12 billion a year.