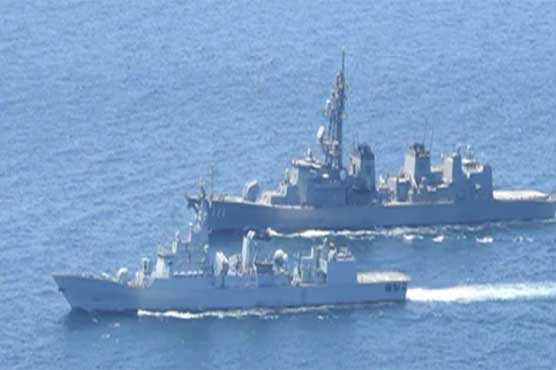 KARACHI (City News) – Pakistan Navy and Japanese Maritime Self Defense Force held a joint exercise in the Gulf of Aden.

PNS Zulfiqar of Pakistan Navy and Japanese Ship Onami participated in the exercise. Several naval operations were conducted during the exercise.

A spokesperson of Pakistan Navy said the exercise reflects Pakistan Navy’s commitment to maritime security and regional peace and security.

He said the exercise is aimed at further improving relations between the naval forces of the two countries.