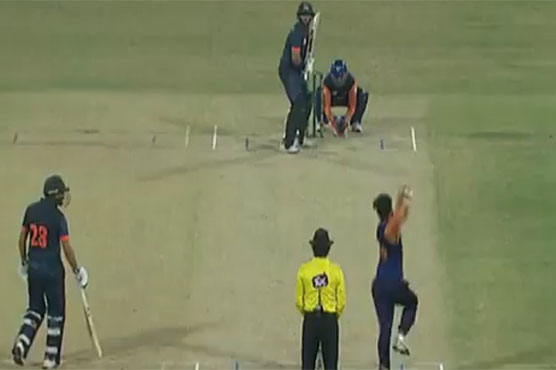 MULTAN (Web Desk) – Balochistan defeated Central Punjab by three runs after a thrilling contest in the 12th match of the National T20 Cup at Multan Cricket Stadium on Monday.

Balochistan defended 168 in a thrilling contest thanks to Umar Gul and Yasir Shah sharing seven Central Punjab wickets between them.

Thirty-six year-old Umar Gul rolled back the years to take four wickets, crucially dismissing Kamran Akmal, who, with 25 off 15, was threatening to play the sort of match-winning knock he has delivered so often at this level.

The centurion in the first game, 20-year old Abdullah Shafiq, followed up with another impressive half-century before Gul cleaned up his stumps to bring Balochistan back into the game.

From the other end, Yasir kept making regular inroads, removing Abid Ali, Rizwan Hussain and captain Saad Nasim before Umaid Asif held his nerve in the final over, restricting Central Punjab to 165.

Having elected to bat first, Baochistan didn t quite capitalise in the way they might have planned, though Imam-ul-Haq s hot form continued, the opener scoring a 55-ball 80. But he didn t have much company alongside him once Awais Zia and Haris Sohail fell; no other batsman so much as managed double-figures.

Central Punjab s bowlers might have felt they had done enough to win the game, opening bowlers Qasim Akram and Sohaibullah only conceding 58 in their eight overs, while Ehsan Adil and Zafar Gohar took five wickets between them. Failure to get rid of Imam, however, proved crucial, with Balochistan putting up just enough on the board to fetch them their third win in four.

ICC forging ahead with World Test Championship despite virus