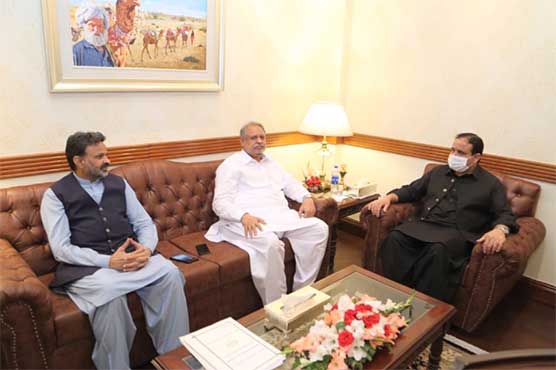 During the meeting, CM Usman Buzdar said that those who are trying to make state institutions controversial are following agenda of the enemy and Pakistani nation strongly rejects such elements and their provocative statements.

He added that state institutions should not be made controversial for sake of personal interests and there is no space in Pakistan for such a narrative. Pakistan Tehreek-e-Insaf government respects institutions on all levels, he added.

Issues of mutual interest and Gujranwala were also discussed in the meeting.