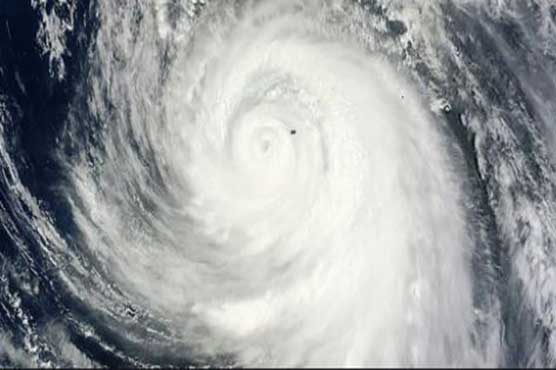 MIAMI (AFP) – Tropical storm Delta strengthened into a hurricane Monday in the Caribbean, and is expected to intensify as it passes over Mexico’s Yucatan Peninsula and into the southern United States.

Hurricane Delta was packing maximum sustained winds of 80 miles (130 kilometers) per hour as it moved southwest of Jamaica, according to the National Hurricane Center.

The storm was heading towards the US Gulf Coast at seven miles per hour, the Miami-based center reported.

A hurricane watch is in effect for the northern tip of the Yucatan Peninsula.

Delta is expected to enter the Gulf of Mexico early Wednesday.

The NHC predicted the storm will reach the southern United States either Thursday night or Friday morning without encountering any obstacles that could weaken it.

Delta is the 26th named storm of an unusually active Atlantic hurricane season.

In September, meteorologists were forced to break out the Greek alphabet to name Atlantic storms for only the second time ever, after the 2020 hurricane season blew through their usual list, ending on Tropical Storm Wilfred.

Meteorologist MJ Ventrice of The Weather Company tweeted that when Delta makes landfall, “it would be the 10th tropical cyclone strike of the season.”

“This would break the record for most landfalling tropical cyclones in a single season,” he added, noting the previous record was nine storms in 1916.