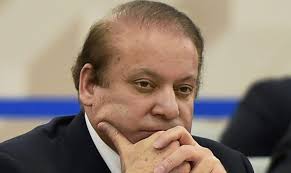 ISLAMABAD (City News) – Special Assistant to Prime Minister for Political Communication Shahbaz Gill Tuesday said that it was Nawaz Sharif who stated distributing certificates of treason and muslimhood to people.

According to details, Shahbaz Gill wrote in his message on social networking site Twitter that Nawaz Sharif called Benazir Bhutto a security risk for the country and Imran Khan was declared an agent of Jews. This mentality of Nawaz Sharif has destroyed Pakistan morally, he added.

The special assistant further said “Who accused PTI of getting funds from jews and Indians? You accuse others of treason while you meet Jindal, you refuse to meet Kashmiri leadership while you meet Indian Prime Minister in Nepal” he asked “Who is doing all this, whose is this horrible face?”