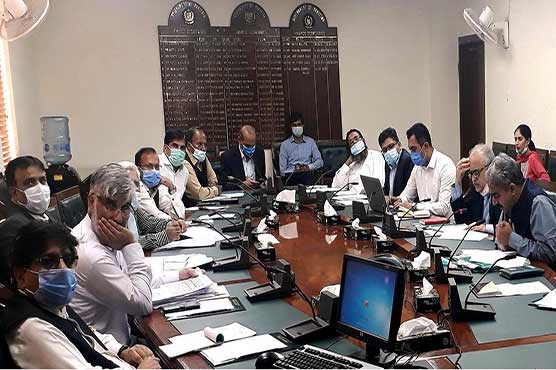 ISLAMABAD (City News) – The meeting of the National Price Monitoring Committee (NPMC) was held under the Chairmanship of the Special Secretary Finance to discuss and evaluate the reasons for the increase in prices of essential commodities with particular focus on perishable items.

The meeting was convened on the directions of the Prime Minister’s Office to discuss the abnormal variation in the prices of perishable items such as tomatoes, potatoes, onions as well as other essential items like wheat, sugar and chicken.

The meeting was attended by the representatives from the Provincial Governments, Islamabad Capital Territory, Ministries of Industries, Commerce and National Food Security & Research (NFS&R), along with the Competition Commission of Pakistan (CCP) and Pakistan Bureau of Statistics (PBS).

The meeting was informed that CPI [Consumer Price Index] inflation year on year is recorded at 9.0 % in September 2020 as against 11.4 percent during the same month last year.

It also noted that average inflation during July-September FY 2020-21 also showed a declining trend and recorded at 8.8 percent as compared to 10.1 percent same period last year. It was, however, noted that the profit margin between wholesale and retail has risen especially in potatoes, tomatoes and onions which are affecting the common man.

It was observed during the meeting that an upward trend was witnessed in the prices of perishable commodities during Sept-Oct 2020.

The reason cited for the upward pricing trend was unprecedented rainfall which adversely affected the local produce. The price hike is likely to stabilize by November 2020 onwards when local produce would be available in the markets. It was observed with concern that the difference between wholesale and retail prices of the essential commodities is becoming a serious challenge for the Provinces.

The representative from the Ministry of NFS&R has informed that seven vessels carrying 0.433 million MT of wheat from the private sector have arrived in the country while the Trading Corporation of Pakistan (TCP) has been allowed to import 1.650 million tons. TCP has so far arranged 0.330 million tons which are expected to arrive in October (4 Ships) and in January 2021(2 Ships).

The NPMC meeting Chaired by the Special Secretary Finance, called upon the district administrations to remain vigilant and control the prices of essential commodities namely tomato, potato, wheat, sugar etc. through strict price enforcement. The focus should be to minimize price disparity between the wholesale and retail prices of the essential commodities which leads to inflation.

It was further suggested that Provincial Governments should provide support to market committees in collaboration with district administration to play a proactive role by removing price disparity among Provinces and also ensure the smooth supply of essential items.