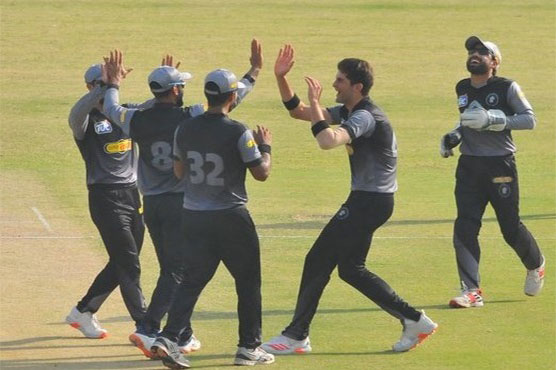 Afridi removed the top three and returned at the death to pick up another two wickets to restrict Sindh to 184, despite a 111-run partnership between opener Sharjeel Khan, who smashed 90 off just 56 balls, and Ahsan Ali, who contributed with 42.

Before Afridi returned for his second spell, Sindh sat pretty at 165 for three with three overs still to go, well on target to achieve 200, which has become the de facto par score for the tournament. By the time the innings was finished, however, Afridi had figures of 5-21, and Sarfaraz Ahmed s side had fallen well short of that mark.

It was something of a lone hand from Afridi, with seasoned hands Wahab Riaz and Mohammad Hafeez going at 11 and 14 per over respectively.

There was no fuss about the way KP went about the chase. Fakhar Zaman s 41-ball 61 was an effective riposte to Sharjeel s knock at the top, with the left-hander shaking off the early loss of opening partner Mohammad Rizwan.

Four fours and as many sixes from Hafeez in a knock that saw him plunder 72 off 42 effectively continued his bright start to the competition, while an unbeaten 21-ball 40 from Iftikhar Ahmed took the game beyond the finish line.

None of Sindh s bowlers were able to make much of an impression. Anwar Ali did take both wickets, but it couldn t stop him from conceding 40 in his four, with Mir Hamza and Mohammad Asghar s 7 overs combining for 79. It condemned Sindh to their third loss in four games, which means they sit only above Southern Punjab in the table, who have lost all four matches.