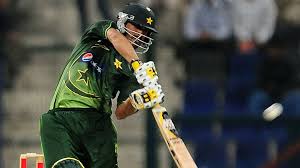 RAWALPINDI (Web Desk) – Balochistan registered their fourth win in six games to move a step closer to securing a semi-final berth in the 17th match of the National T20 Cup for First XI teams at the Rawalpindi Cricket Stadium on Saturday. Opener Awais Zia scored an unbeaten 92 to ensure his team easily surpass the 155-run chase against Khyber Pakhtunkhwa.

Imran Butt fell for nine while Balochistan lost their captain Haris Sohail for one run before Awais was joined by Akbar-ur-Rehman in what turned out to be a match winning unbroken partnership of 88 runs for the fifth wicket. Akbar scored 24 off 22 balls, he hit three fours.

Shaheen took two wickets for 38 runs in his four over spell but found little support at the other end as Balochistan batsmen especially Awais dominated the Khyber Pakhtunkhwa attack with sustained stroke play.