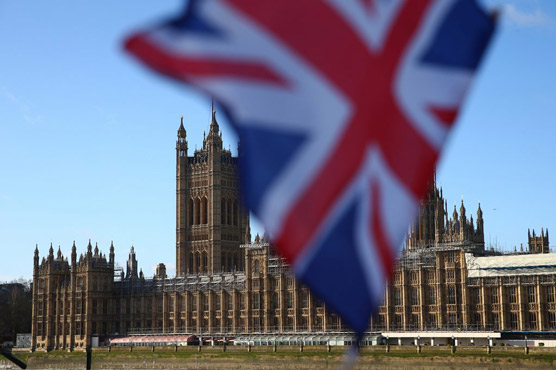 LONDON (AFP) – Recent events in the British Virgin Islands and Cayman Islands are seen by some as an indication that Britain is showing signs of improving tax transparency in its overseas territories, although activists say more still needs to be done.

Two years ago, an amendment made to UK anti-money laundering legislation required overseas territories including Bermuda, Jersey, Guernsey and the Isle of Man to establish public registers to show the real owners of shell companies.

The British Virgin Islands, considered by anti-corruption and anti-money laundering groups as one of the murkiest financial centres in the world, was the last to join, but has finally done so.

“It’s huge news,” Nienke Palstra, of Global Witness, told AFP. “They had been dragging their feet, even though it’s been a legal obligation since 2018.”

Huge recent data leaks, including the FinCEN files and the Panama Papers, showed that the Caribbean archipelago was a major global hub for money laundering and tax evasion.

Alex Cobham, from the global Tax Justice Network (TJN) research and analysis group, said although BVI’s commitment to publish records was welcome, it would have little effect.

The islands — home to some 35,000 people in an area about one-fifth the size of London — ranked ninth in its financial secrecy index, and first in its list of corporate tax havens.

He pointed to a statement from its premier Andrew Fahie, who in September spoke only of “working towards” publicly accessible ownership registers.

Fahie also voiced concerns that they could be misused by “the prurient and ill-intentioned”, and could potentially breach the rights of law-abiding taxpayers.

“This is basically just a clever restatement of the status quo ante,” added Cobham.

Palstra, though, believes a legal duty to publish would have a deterrent effect on attempts to move dirty money to the territory.

“The problem is how they make the info available,” she said, suggesting high fees or delays could slow down or hinder requests for information.

Meanwhile, the Cayman Islands saw itself removed from the European Union’s blacklist of tax havens on Tuesday.

The move was not universally welcomed, however.

Aid and development charity Oxfam said all countries that operate as tax havens should stay on the list, given that they cost countries billions in lost revenue every year.

The TJN claimed the removal was the result of lobbying from the Caymans itself.

The EU list, which is supposed to combat tax evasion by multinationals and high net worth individuals, was created in December 2017 after the Panama Papers and LuxLeaks revelations.

The TJN said the risk of the Caymans was less in its past trafficking of money from the proceeds of crime or corruption but more in the destabilisation of the global financial system.

The islands allow large companies to avoid taxes and regulations of the countries where they operate, and played a significant role in the 2008 financial crisis.

Anti-corruption campaigners Transparency International also said some financial instruments, such as trusts — private investment funds favoured in particular by wealthy families for their assets — escape the registers and remain opaque.

Britain leaves the EU and its rules for good on December 31, with Prime Minister Boris Johnson keen to regain control over financial regulation.

That has raised fears of the creation of a possible “Singapore-on-Thames”, with the UK and its overseas territories pursuing a more aggressive fiscal policy.

Cobham said the UK government had shown “no obvious interest in transparency” since it was elected in a landslide victory in December last year.

US dollar falls by 70 paisa in one week