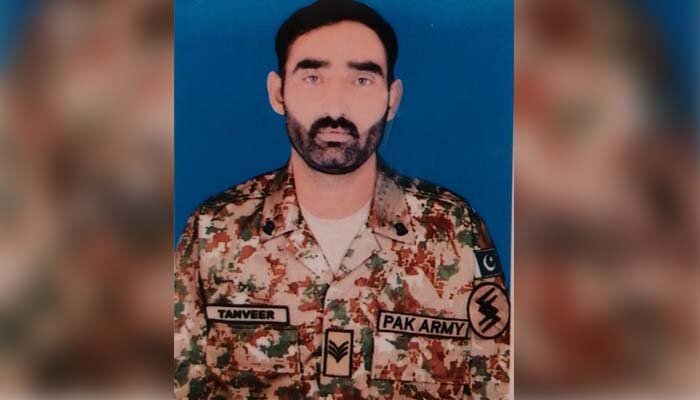 RAWALPINDI (City News) – A Pakistani soldier was martyred at a military post in Bajur sector during firing by terrorists that originated in Afghanistan, the army’s media wing said in a statement issued Wednesday.

According to the Inter-Services Public Relations (ISPR), Havaldar Tanveer embraced martyrdom while one soldier got injured due to the firing.

Last month, Pakistan soldier sepoy Sabir Shah embraced martyrdom due to the firing from across the border on Pakistan Army post along the Pakistan-Afghanistan Border.

ISPR in an earlier statement, said “Unfortunate rise in violent incidents on both sides of Pak-Afghan Border is meant to derail Afghanistan Peace Process. Pakistan earnestly believes that both countries deserve peace and progress. Together we will defeat all spoilers.”