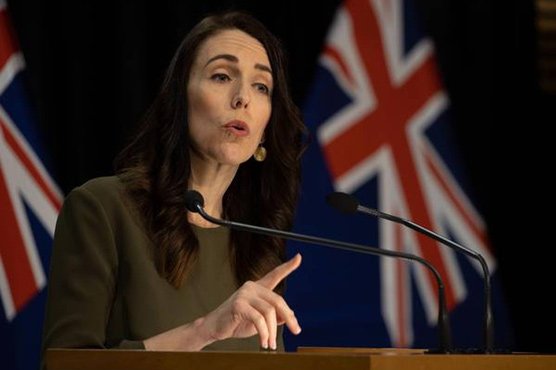 WELLINGTON (AFP) – Prime Minister Jacinda Ardern was on track to achieve an unprecedented outright majority in New Zealand’s general election Saturday after campaigning on her success handling the Covid-19 pandemic.

With 10 percent of the vote counted, Ardern’s centre-left Labour Party was on 49.9 percent, which would give it 64 seats in the 120-member parliament.

No leader of any political persuasion has achieved an outright majority since New Zealand adopted a proportional voting system in 1996, leading to a succession of multi-party governments.

While the figures are early, they exceed pre-election opinion polls and, if they remain consistent, would represent Labour’s strongest showing in decades.

Opposition leader Judith Collins’ centre-right National Party was on 26.0 percent, or 34 seats, and appears headed for its worst result in nearly 20 years.

Even if Ardern fails to gain a majority, support from existing coalition partner the Greens — on 8.4 percent or 11 seats — would easily get her over the line.

Ardern has dubbed the vote “the Covid election” and campaigned on her government’s success in eliminating community transmission of the virus, which has caused just 25 deaths in a population of five million.

Another theme has been “sticking together in uncertain times”, highlighting the charismatic 40-year-old’s leadership qualities, not just during the pandemic but in a series of crises during her three years in office.

These include the Christchurch mosques shootings in March last year, when a white supremacist gunman killed 51 Muslim worshippers, and a volcanic eruption that claimed 21 lives last December on White Island, also known as Whakaari.

“No matter what crisis is thrown my way, you will always be assured I will give my everything to this job, even if that means a huge sacrifice,” she said this week.

If Ardern does need the Greens, they may demand a more progressive agenda in return for keeping Ardern in power, after a first term when she failed to deliver on some key promises such as improving housing affordability and countering child poverty.

Collins, the combative leader of the centre-right National Party, has focused on the spectre of the Greens forcing Ardern to adopt a wealth tax aimed squarely at New Zealand’s aspirational middle class.

But her attacks failed to find traction and the party looks set to fall well short of the 44.5 percent it recorded at the last election in 2017.

The conservative leader, known as “Crusher” for her hardline policies when police minister in a previous government, has vowed to stay on as leader regardless of the result.

About 3.5 million people are registered to vote, with 1.9 million, or well over half, casting their ballots early — a much higher figure than previous elections.

The vote was originally set for September 19 but was delayed by a virus outbreak in Auckland that has now been contained.

Collins, who took over the National Party in July after a period of turmoil when the party had three leaders in three months, said the false start had cost her campaign momentum.

Voters also cast ballots in two referendums, one on legalising recreational cannabis and the other on legalising euthanasia, although the results of those votes will not be known until October 30.