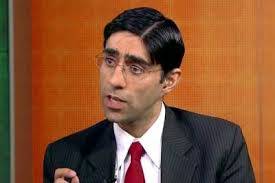 While addressing a presser, Moeed Yusuf said that Pakistan is striving for peace and prosperity in the region as it wants peace in Afghanistan and region while good relations with neighbors are also priority of the country.

The SAPM also said that country’s military and civil leadership are on same page and Pakistan’s sacrifices for world and regional peace are not hidden from anyone, he added.

The Prime Minister had said that if India takes one step towards us, we will take two steps towards them but unfortunately Indian PM is taking steps in the other direction, he said.

Moeed Yusuf also reiterated that Kashmir issue should be resolved in accordance with resolutions of United Nations and the aspirations of the Kashmiris.

He said Pakistan has been highlighting India’s atrocities in Indian illegally occupied Jammu and Kashmir at every international forum.

Moeed Yusuf said the Kashmir issue should be resolved as the UN Security Council resolutions.

Sheikh Rashid for ban on PML-N