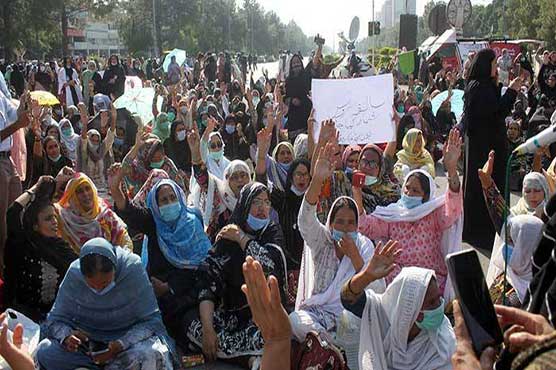 ISLAMABAD (City News) – The protesting lady health workers on Sunday have warned of marching towards the National Assembly (NA) after failed negotiations with the concerned authorities.

According to details, the sit-in of the female workers at D-Chowk in Islamabad has entered fifth day against low salaries, pay structure and scale.

The local administration has completed all the preparations to bar the protesters from entering the parliament premises by deploying heavy contingents of security personnel.