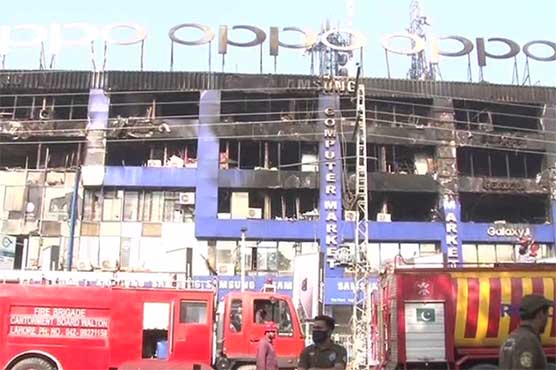 LAHORE (Dunya News) – The terrible fire at Lahore’s Hafeez Center has engulfed over 300 shops while valuable items of ninety percent shops have been destroyed by water used to extinguish the blaze.

After the struggle of several hours, the fire at the shopping plaza has been successfully doused whereas cooling process is underway.

The security personnel have cordoned off the entire building and told that good worth millions of rupees have been reduced to ashes.

Earlier, Chief Minister of Punjab (CM) Sardar Usman Buzdar had taken notice of the fire and formed an inquiry team under the supervision of Lahore DC. He had also sought report on the mishap as early as possible.