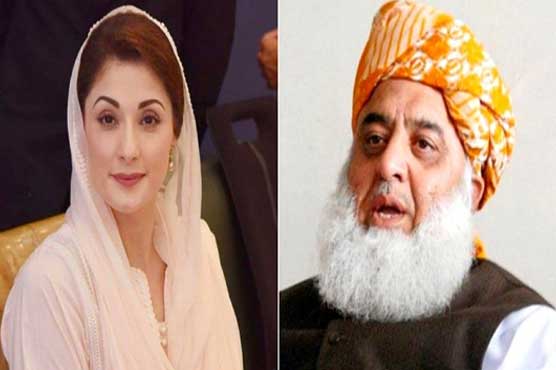 As per details, both leaders discussed arrest of Captain (r) Safdar and political situation arising after the arrest.

On the other hand, Saeed Ghani, in a tweet, said that the manner in which PML-N leader Captain (retd) Safdar was arrested by Karachi Police is condemnable.

Saeed Ghani said that actions of Captain (retd) Safdar at Quaid-e-Azam’s mausoleum were inappropriate; however, the arrest of the PML-N leader was not ordered by government of Sindh.

He further said that this action of police is an attempt to create division in parties of Pakistan Democratic Movement (PDM) but this conspiracy will be foiled.

Earlier, Police arrested Captain (retd) Muhammad Safdar on Monday for violating the sanctity of the Quaid’s mausoleum after raiding a private hotel in Karachi early morning.

Pakistan Muslim League-Nawaz (PML-N) vice-president and wife of Muhammad Safdar, Maryman Nawaz took to Twitter and said, “Police broke my room door at the hotel I was staying at in Karachi and arrested Capt. Safdar.”

“I was in the room, sleeping, when they barged in,” Maryam Nawaz said.

Let it be known that Pakistan Tehreek-e-Insaf (PTI) leaders had filed a complaint against Maryam Nawaz and Captain (retd) Safdar among 200 PML-N workers at the Brigade Police Station in Karachi for chanting slogans at the Mazar-e-Quaid.

According to the FIR, the case had been registered on Section 6 (convening of meetings or processions at the mausoleum), Section 8 (entry into mausoleum with weapon) and Section 10 (penalty for contravention of provisions) of The Quaid-i-Azam’s Mazar (Protection and Maintenance) Ordinance, 1971.

It is pertinent here to mention that PML-N leaders had paid a visit to the Mazar-e-Quaid before the Pakistan Democratic Movement’s (PDM) rally in Karachi on Sunday and chanted political slogans at the mausoleum.