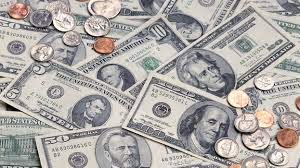 Traders have been monitoring REER closely and the latest release of July & August numbers of 93.10 & 91.69 paved the way for further strengthening of the Rupee. June numbers were also revised down to 93.04. While this increasing delta depicts an undervalued Rupee, analysts have pointed out the 2 key factors to limit reliance on this benchmark alone. External & Fiscal sustainability and secondly, the mere 11% USD weightage in the index. Having said this, the benchmark will remain crucial for traders as long as the regulator maintains its relevance.

FATF announcement sprang no surprises and reviews on the decision were mixed. Some analysts pointed out to the short 4 month window to redress the remaining 6 points, whereas, others saw recognition of efforts by FATF and more importantly the US administration as the pivotal point. Overall, markets will be taking this positively and may pave a way for closer engagement with IMF.

Global 3 factors will dictate currency flows in the coming week/s. US elections, Data and US Stimulus. With central bank monetary policy meetings kicking off next week, these reports could effect on immediate policy guidance. More specifically, all eyes will be on the European Central Bank as they are widely expected to ease monetary policy before the end of the year. Although the Eurozone’s composite PMI index showed a return to contraction, the upside surprise in the flash composite and manufacturing numbers were good enough for euro traders to erase Thursday’s losses. Not only is EUR/USD closing in on a 1 month high but it was the best performer on Friday.

In the US, House Speaker Pelosi kept the hope alive when she said a package can be passed before the election IF President Trump backs it. However stocks sold off after Treasury Secretary Mnuchin said there are still “significant differences.”

The dollar traded lower against most of the major currencies with the exception of sterling. PMIs were the main focus and to everyone’s surprise economic activity did not slow as much as expected in most countries during the month of October.