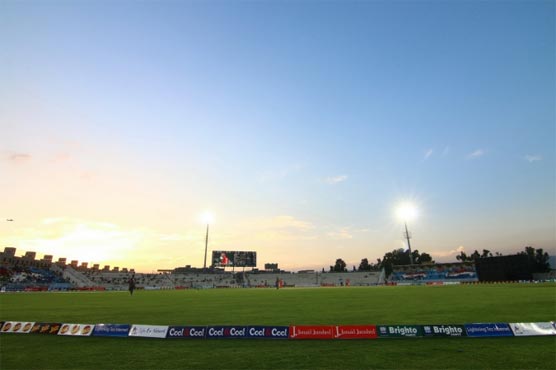 LAHORE (City News) – When Pakistan and Zimbabwe play the first of the ICC Men’s Cricket World Cup Super League fixture on 30 October, it will mark the return of ODI cricket to the Rawalpindi’s Pindi Cricket Stadium after 14 years, pcb.com.pk said.

Out of the 22 probables chosen for the series, a total of six players belong to Islamabad and Rawalpindi, the twin cities.Newly appointed vice-captain Shadab Khan has played a lot of cricket at the Pindi Cricket Stadium and he is looking forward to representing his country in his hometown.

Shadab Khan: “Exciting times for me as I would be vice-captaining at my home ground where I have some great memories of the stadium especially since watching cricket here as a spectator. I have even come here as a spectator to support Mohammad Nawaz in a domestic game, as he is a good mate of mine. The Zimbabwe series should produce good cricket at this venue where we have seen some really exciting games in the past.”

All-rounder Imad Wasim also played a number of domestic games at the Pindi Cricket Stadium. The 31-year-old, who first watched an international match at the venue in 2003 as a spectator, is hoping to make a big impression in the series.

Imad Wasim: “I watched a match here for the first time in 2003 when Bangladesh was touring; I saw the likes of Inzamam-ul-Haq and Shoaib Akhtar play that match and that was a big inspiration and motivation for me. I am excited and keenly await the start of the Zimbabwe series at this venue. We are playing an ODI after more than a year. Pindi Cricket Stadium is a great venue to restart ODI cricket.”

Young wicketkeeper-batsman Rohail Nazir is another player hailing from the twin cities. The 19-year-old is keen on starting his Pakistan senior’s journey from his home ground.

Fast bowler Haris Rauf who lives near the Pindi Cricket Stadium is delighted to be a part of the Pakistan squad for the series. The 26-year-old has played five T20Is for Pakistan and is looking forward to the possible opportunity of making his ODI debut during the series.

Haris Rauf: “I was obsessed about cricket and grounds as a kid; I remember I once scaled the wall of the stadium at dawn just to touch the pitch of the Pindi Cricket Stadium. The possibility of making my ODI debut at my home ground is really exciting. If given an opportunity, I would really like to make a big impression and do well for my country.”

Rohail Nazir: “I am very pleased to play on the field where I used to watch others play sitting in the spectator stands. Now I have got this opportunity of playing and practicing with Pakistan cricketers on the same venue, it is an honour and something that makes me very proud and happy. If given a chance of making a debut here, I would give my absolute best and use my knowledge of the venue and the conditions.”

Rohail’s Pakistan U19 teammate, Haider Ali, is also another budding cricketer hailing from the twin cities. Haider is also ready to make a big impression after his sensational T20I debut against England last month when he became the first Pakistan player to score a 50 in a T20I debut.

Haider Ali: “I was eager to play at my home venue. I am very excited and want to make full use of this opportunity. Of course my aim is to build on the start I made; I am not at all complacent and rather fully focused on the upcoming games. The added incentive for me is to do well at my home ground where I have played a lot of cricket.”

Fast bowler Musa Khan is another youngster hailing from the region, his wish like the rest of the players is to make most of the opportunity of doing well at his home venue in an international match.

Musa Khan: “I played U19 cricket here at this venue, also represented Islamabad United and now I am looking forward to donning the national colours at the Pindi Cricket Stadium. I have a lot of cherished memories from the venue and I will use those memories to give me confidence and generate a feel good factor before taking the field.”