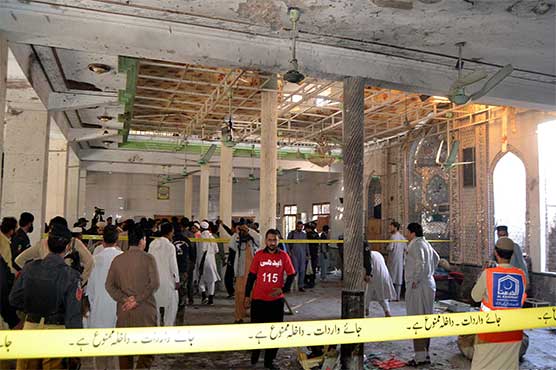 The investigation report state that the maintenance work of washrooms of the seminary was underway on the day of the blast and the labourers of that work are being questioned.

A student of Madrassah has also been detained and being questioned while the record of Madrassah students and their details being scrutinized.

Statements of eyewitnesses who had indicated about a bag by a suspected person, have also been recorded.

A special interrogation team of officials has also been constituted to question the arrested suspects.