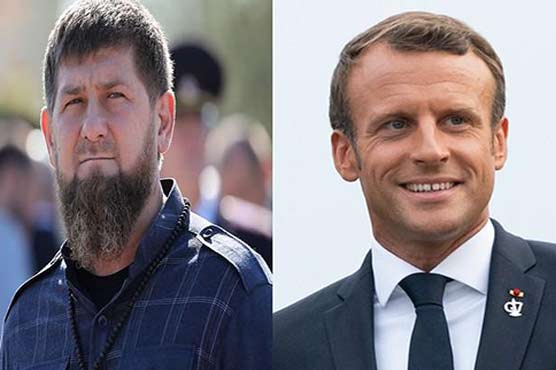 In a strongly-worded statement, the head of Russia’s Muslim-majority southern region condemned Macron for his defence of the murdered French schoolteacher who had shown his class cartoons of the Prophet Mohammed.

“The president of France is himself beginning to look like a terrorist,” 44-year-old Kadyrov said in the statement on the Telegram messaging app.

“By supporting provocations, he covertly calls on Muslims to commit crimes.”

He claimed that Macron’s stance offended nearly 2 billion Muslims across the world, saying such policies could have “tragic” consequences.

“Until it’s too late, Macron, stop your provocations and attacks on faith. Otherwise you will go down in history as a president who has taken mad decisions,” Kadyrov added.

“You can easily call yourself the leader and architect of terrorism in your country.”

French teacher Samuel Paty was beheaded earlier this month by Abdullakh Anzorov, an 18-year-old ethnic Chechen who was born in Moscow but later moved to France with his parents.

Paty had shown his class caricatures of the Prophet Mohammed (PBUH), which had previously been published in the Charlie Hebdo satirical magazine.

The beheading has left France in shock. Kadyrov has said that Anzorov had no links to Chechnya.

In the aftermath of Paty’s murder, Macron issued a defence of free speech and France’s secular values, vowing that the country “will not give up cartoons”.

But the French leader’s stance has sparked a backlash in Muslim-majority countries, with people burning pictures of Macron in Syria and setting fire to French flags in the Libyan capital Tripoli.