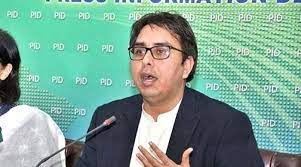 ISLAMABAD (City News) – Special Assistant to Prime Minister (SAPM) on Political Communication Shahbaz Gill has said that Pakistan Muslim League-Nawaz (PML-N), which crashed the country’s economy is responsible for the bankruptcy of Pakistan.

SAPM Shahbaz Gill, in a statement, said that masses knows that people involved in looting of country for past three decades are to be blamed for the deteriorating economic situation of Pakistan. On the other hand, other countries moved ahead because there were no corrupt leaders, he added.

The PM’s aide said that when PTI came into power, there was a current account deficit of $20 billion and government was also facing challenge of pending $11 billion loan installment.

PML-N took current account deficit to the highest level in the country s history in 2018 at over $19 billion but PTI government recorded a surplus of $73 million last month, Dr. Shahbaz said.