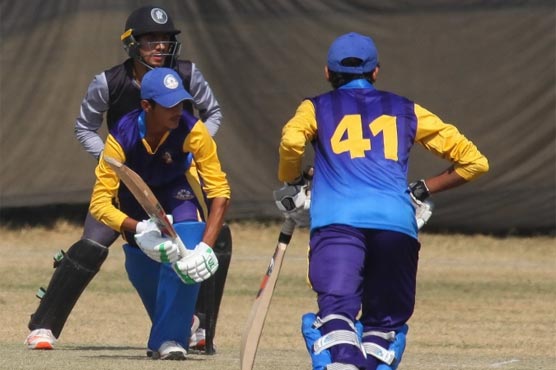 LAHORE (City News) – Southern Punjab captain Mohammad Shehzad and Northern’s Mubasir Khan orchestrated victories for their sides in the eighth round of the ongoing National U19 One-Day Tournament, pcb.com.pk said.

In the other match of the round, Central Punjab defeated Khyber Pakhtunkhwa by eight runs as Ali Asfand took five wicket for 35 runs.

Mehran Mumtaz took four wickets for 36 runs, while Mubasir Khan and Sajjad Khan picked up two wickets each as Balochistan were bowled out for 182 in 46.2 overs after Northern captain Mohammad Raza-ul-Mustafa elected to bowl.

Basit Ali with 35 was the top-scorer in the innings. He hit six fours from 34 balls. Opener Ali Ahmed, with 32 off 54, was the other notable run-getter.

Northern chased down the target in 37 overs for the loss of four wickets as Mubasir followed his two wickets with a solid 69. Batting at four, he smashed 11 fours and a six in 63 balls.

Abdul Faseeh made 60 runs off 88 balls with the help of six fours.

For his all-round performance, Mubasir was named player of the match.

Batting first, Sindh managed 263 all out in 44.2 overs. Opener Mubashir Nawaz scored 93 off 97 balls with the help of 13 fours and one six. Wicketkeeper-batsman Ghazi Ghouri made 40 runs. Aaliyan Mehmood and Zeeshan Zameer added 23 and 22 runs, respectively, in the lower-order.

Southern Punjab overhauled the target with five balls spare as Aun Shahzad and Mohammad Shehzad laid the foundations for the successful run-chase with a solid 155-run opening stand.

The middle-order stuttered as Southern Punjab lost wickets at regular intervals. They had half of their batsmen back in the hut with 216 runs on the board.

But, Uzair Mumtaz with a 58-ball 42 ensured that Southern Punjab got over the line. Batting at number four, he hit four fours and a six.

Ali Asfand spun Central Punjab to a thrilling victory over Khyber Pakhtunkhwa by taking five wickets for 35 runs in 10 overs.

Batting first, Central Punjab were bowled out for 164 in 45.5 overs. Captain Mohammad Huraira and Sameer Saqib scored 32 runs each, while tail-enders Ali Asfand, Hunain Shah and Arham Nawab scored 16, 13 not out and 12, respectively, to take the team to a fighting score.

Khyber Pakhtunkhwa fell eight runs short as they were bowled out for 156 in 38 overs thanks to Ali, who was named player of the match. Muneeb Wasif provided Ali valuable support by taking two wickets for 40 runs.

Northern U19 beat Balochistan U19 by six wickets

Player of the match – Mubasir Khan (Northern U19)

Southern Punjab U19 beat Sindh U19 by three wickets

Central Punjab U19 beat Khyber Pakhtunkhwa U19 by eight runs

Player of the match – Ali Asfand (Central Punjab U19)