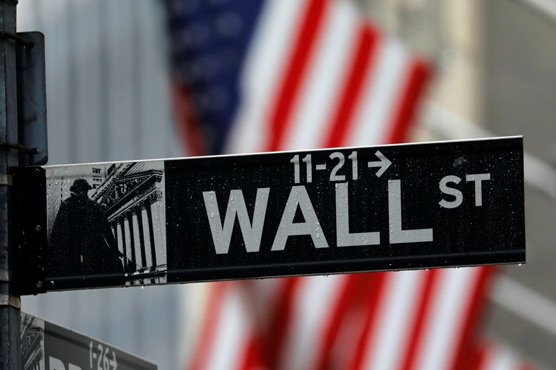 Global markets under Trump: Build the Wall (Street)!… and China

LONDON (Reuters) – Donald Trump’s campaign slogan in 2016 could have been ‘build the Wall Street’, but a scan across global markets throws up plenty of surprises, especially in the emerging economies that have been in Trump’s cross-hairs.

While the numbers may have been exaggerated by this year’s COVID-19 crisis, most analysts agree that Trump’s tax cuts, combined with low interest rates and the online boom, have made Wall Street a winner over the last four years.

Boosted by the pandemic this year, the tech-skewed Nasdaq has done even better. It is up a whopping 110%, led by a stratospheric 285% leap by the ‘FAANGs’ quartet of Facebook, Amazon, Apple, Netflix and Google, that has also driven the value of world stocks up $15 trillion.

Trump’s tax cuts have helped somewhat, “though it has really been a combination of things that have worked for American companies”, such as low rates and business models that have led to stronger earnings, he said.

The other star market of Trump’s presidency, however, is certainly not linked to his policies.

MSCI’s China equity index has jumped the same 65% as Wall Street, thanks to its own tech titans and Beijing’s stimulus that offset the hundreds of billions of dollars of U.S. trade tariffs the agitating White House has put in place.

China s currency, the yuan CNH=CNY=, is also fractionally higher than where it was in November 2016, and the growth of the country s bond markets has seen its government debt join one of the world s most coveted bond indices.

Other emerging markets that were initially in Trump s cross-hairs have had a much rougher ride, although in many cases it has been COVID-19 that has done the real damage, as has been the case with oil LCOc1 and commodity markets.

Mexico s peso MXN=, which slumped nearly 8% the day Trump was elected in 2016, is now down nearly 13%. But it was up nearly 15% from those lows before the pandemic struck, even though the NAFTA trade deal had been shredded and parts of Trump s “big beautiful wall” had gone up.

Turkey s lira TRY=, which came under scrutiny when Ankara was buying Russian-made defence missiles, has collapsed more than 60 percent, though its domestic strains have been the bigger problem.

In contrast, Russia s rouble RUB= had been up until Trump s Democrat rival, Joe Biden, who is expected to take a tougher line on Moscow, began opening a lead in the polls.

The moves have cascaded through EM equity and debt markets too. Russian stocks are exactly where they were back in 2016 in dollar terms, whereas Mexico’s and Turkey’s equivalent indexes are down 35% and 55% respectively.

Russian dollar-denominated bonds have made holders a stellar 33% total return over the last four years despite various wobbles around sanctions and investigations of Trump’s links to Moscow.

That is better than the near 20% return on U.S. Treasuries, German bunds and corporate credit, roughly the same as Japan s stock market .N225, albeit not as much as the near 50% leap for safe-haven gold XAU=.

“It (Russia) has been one of best fiscal stories out there,” said Aberdeen Standard Investment portfolio manager Viktor Szabo.

But “over the past couple of days the rouble’s performance has been even worse than the lira’s, which is saying something,” he added, linking it to the concerns over Biden’s stance.

Venezuela’s bonds are at the opposite end of the spectrum.

They have shown some signs of life in recent weeks after becoming almost worthless after Trump s administration sanctioned here them in early 2019 in a bid to force President Nicolas Maduro and his allies from power.

Mexico’s peso has also been climbing again, on hopes that it will not face the same kind of border worries should Biden win.

“With these U.S. elections, not all emerging markets are the same,” said Manik Narain, head of EM strategy at UBS.

US manufacturing near two-year high; road ahead difficult