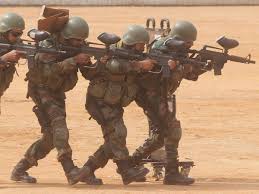 In a statement, the commander said that the strategy with which, Pakistan Army destroyed Indian narrative last year is commendable and praiseworthy.

Earlier, Lt-Gen Syed Ata Hasnain had said that Inter-Services Public Relations (ISPR) had outclassed the Indian army in information war by connecting with the masses and setting the correct narrative beyond just Pakistani sphere.

He said the Indian Army made several tactical mistakes over the past 30 years and using military operations as a psychological war was India’s fatal mistake.

On February 4, 2019, at least 44 Indian paramilitary soldiers were killed in Indian-occupied Kashmir in one the deadliest attacks. The attack saw explosives packed inside a van rip through buses in a convoy of 78 vehicles carrying some 2,500 members of the paramilitary Central Reserve Police Force (CRPF).

India blamed Pakistan to hide its failure and violated Pakistani airspace in the Muzaffarabad sector on February 26, 2019 but Indian planes dropped payload near Balakot and escaped as the planes of Pakistan Air Force flew into the air.

However, Pakistan released disgraced Indian pilot on March 1, 2019 as a peace gesture.