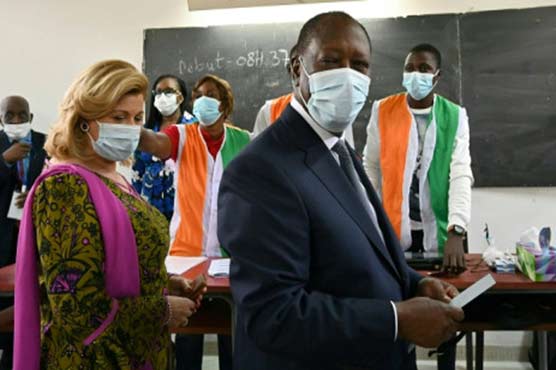 ABIDJAN (AFP) – Ivory Coast president Alassane Ouattara has been reelected with more than 94 percent of the vote, electoral authorities said Tuesday, after a poll marred by clashes and an opposition boycott over his bid for a contested third term.