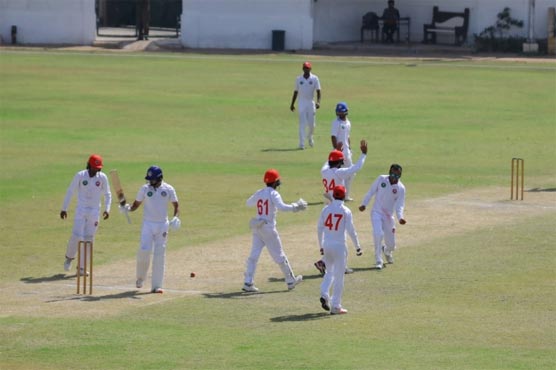 KARACHI (cITY News) – Northern made an impressive comeback in the ongoing first-class Quaid-e-Azam Trophy with a comprehensive nine-wicket win over Central Punjab, the title defenders, in the afternoon session of the third day’s play at the National Bank Sports Complex, pcb.com.pk said.

It was an outstanding bowling performance from their captain, Nauman Ali, which orchestrated the victory as the left-arm orthodox dismissed six Central Punjab batsmen on Monday to finish the innings with seven for 53 and the match with 11 for 108.

Nauman, who was the highest wicket-taker last year, inflicted damage early on with a caught and bowled of Usman Salahuddin (14).

Central Punjab had begun the day at 64 for two with an imposing 131-run trail. A 68-run alliance for the sixth wicket between Central Punjab captain Azhar Ali, who recorded his 54th first-class half-century with a 150-ball 63 after resuming the day on 24, and Kamran Akmal 49 was the only notable resistance.

With 33 to win, Umair Masood’s quickfire 21 off 10 balls, half of which were dispatched for boundary, took Northern over the line in five overs with nine wickets spare.

This is Central Punjab’s second consecutive defeat. For the third round of the Quaid-e-Azam Trophy, which begins on 6 November, Central Punjab move back to National Stadium to play Balochistan. Northern will take on Sindh at the UBL Sport Complex.

The contest between Balochistan and Southern Punjab at the National Stadium was headed towards a thrilling finish as 18 wickets fell on day three of the broadcast match, produced by the Pakistan Cricket Board.

Southern Punjab were 70 for three and 84 runs away from the win at the close of play. Saif Badar and Umar Siddiq were not out on 23 and four, respectively, after they lifted their team from precarious 39 for three in the chase of 154.

Shan Masood-led Southern Punjab were bowled out for 331 in 92.2 overs after beginning the day on 245 for five. Salman Ali Agha, who had scored half-century yesterday, added 45 runs to his overnight score as he fell three runs short of a century.

Over the course of his 141-ball 97 – studded with 13 boundaries – Salman added 63 crucial runs in his 115-run alliance for the sixth wicket stand with Imran Rafiq, who was unbeaten on 56.

Balochistan’s second innings was wrapped in 31.3 overs with leg-spinner Zahid Mehmood doing most of the damage with four of 20. The 32-year-old’s scalps included top-scorer of the innings Imran Butt (32), Amad Butt (27), Khurram Shahzad (five) and Taj Wali (0).

Mohammad Abbas, who came as a concussion substitute for Bilawal Bhatti, did the damage early on with the wickets of Abdul Rehman Muzammil and Taimur Ali – both batsmen went back to hut without opening their accounts – after Mohammad Ilyas dismissed Sami Aslam (14) to get Balochistan’s first wicket. At this stage, the scorecard read a paltry 20 for three.

Sindh had a second innings lead of 128 over Khyber Pakhtunkhwa when stumps were drawn at the UBL Sports Complex.They were 74 for three in 34 overs with Asad Shafiq and Ashiq Ali not out on nine and 0, respectively. Opener Omair Bin Yousuf made 36 off 104 balls.

Earlier, Khyber Pakhtunkhwa scored 307 all out in 105.4 overs after resuming the day on 136 for four.

Rehan Afridi, the wicketkeeper-batsman struck a half-century as he made 53 runs from 126 balls, which included seven fours, while tail-ender Usman Khan Shinwari was the other notable run-getter with a 72-ball 49. Usman hit six fours and two sixes.

Khyber Pakhtunkhwa added two batting points to their tally as they made 289 inside 100 overs, while Sindh pocketed three bowling points for dismissing eight opposition batsmen.

At UBL Sports Complex, Sindh won the toss and elected to bat