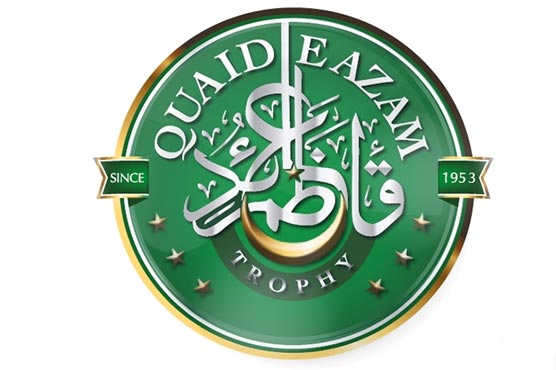 KARACHI (City News) – Bowlers continued to dominate in the fourth round matches of the Quaid-e-Azam Trophy for Second XI teams, as 16 wickets fell on the second day match between Sindh and Southern Punjab and 11 wickets in the match between Central Punjab and Khyber Pakhtunkhwa, pcb.com.pk said.

Sixteen wickets fell on the second day as the match hangs in balance with Southern Punjab leading by 126 runs with three second innings wickets in hand.

Earlier in the day, resuming their first innings on 52 for one, Sindh were bowled out for 149 in 62.1 overs. Shehzar Mohammad top-scored with a 137-ball 47, hitting five fours. Saad Ali was other notable scorer with 29 from 67 balls.

At stumps, Southern Punjab in their second innings were 149 for seven in 48 overs. Zain Abbas top-scored with a 63-ball 37, laced with three fours and a six. Rameez Alam (26 off 82 balls) and Zia ul Haq (18 off 17 balls) will resume their innings tomorrow.

A 109-run opening partnership from Central Punjab’s Imran Dogar and Farhan Khan helped their side to a 207-run lead with two second innings wickets in hand.

Resuming their first innings on 100 for seven, Khyber Pakhtunkhwa were bowled out for 133 in 44.2 overs.

In reply, taking a five-run lead, Central Punjab were 202 for eight in 85 overs when stumps were drawn. Imran top-scored with a 155-ball 74, which included six fours and two sixes. Farhan’s 126-ball 45 innings included four boundaries. Bilawal Iqbal was other notable scorer with an unbeaten 38 from 88 balls, laced with four fours and a six.

Asif Afridi was the pick of the bowlers for Khyber Pakhtunkhwa taking four wickets for 60 runs.

Awais Zia’s century and Jalat Khan’s five-wicket haul put Balochistan in a commanding position against Northern on the second day of the non-first class match.

Resuming their innings on 134 for three, Balochistan managed to score 375 for eight in 83 overs, courtesy 108 from opening batsman Awais. He struck 12 fours and three sixes in his 135 balls innings. Akbar-ur-Rehman contributed 79 from 121 balls, hitting six fours.

Shahbaz Khan chipped in with an unbeaten 62 from 86 balls, laced with two fours and a six.

In reply, Northern in their second innings were 112 for five from 36 overs when stumps were drawn. For Balochistan, Jalat Khan took all five wickets to fall, giving away 60 runs.

Ziad Khan (59 off 103 balls) and Jamal Anwar (0 from 18 balls) will resume their innings tomorrow with Northern still trailing by 94 runs.

Botham hits out at Covid impact on Lords debut