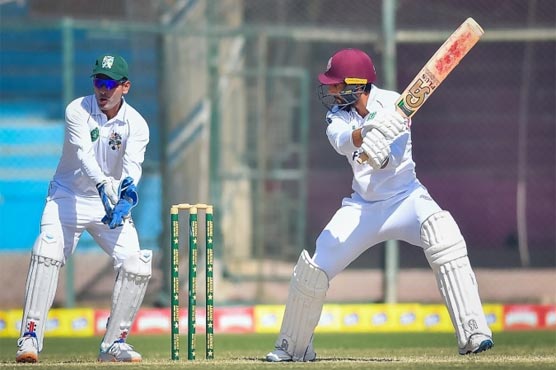 KARACHI (Dunya News) – Southern Punjab recorded their second win in as many matches with a four-wicket win over Balochistan in a closely fought second round first-class Quaid-e-Azam Trophy fixture at the National Stadium, pcb.com.pk said.

Southern Punjab were 84 runs away from adding the crucial 16 points – for an outright win – to their tally when they resumed their innings on 70 for three on Tuesday morning. Led by Salman Ali Agha’s valiant 42 not out, they completed the task inside the morning session.

Saif Badar and Umar Siddiq built on the repair work they did last evening when Balochistan, led by Yasir Shah, reduced them to 39 for three in pursuit of 154. The pair added 24 runs to their 55-run stand for the fourth wicket as Saif scored 37 and Umar, the wicketkeeper-batsman, made 22.

With Balochistan gaining momentum after Southern Punjab lost their fifth and sixth wickets for 11 runs, Salman pushed the bowlers back as he played his strokes freely and hit seven boundaries.

Over the course of his undefeated 53-ball stay, the 26-year-old stitched a remarkable 31-run stand with Zahid Mehmood in which runs came from the former’s bat as the latter returned not out on nought after facing 22 balls.

In the next round, Southern Punjab play Khyber Pakhtunkhwa at the National Bank Sports Complex. Balochistan stay at the National Stadium to take on title defenders Central Punjab.

Sindh’s Ashiq Ali recorded his second five-wicket haul of the match and his first-class career as his side’s second round fixture against Khyber Pakhtunkhwa ended in a draw at the UBL Sports Complex.

Khyber Pakhtunkhwa were set a 289-run target and were 96 for seven in 45.4 overs when stumps were drawn on the last of the four-day contest. Left-arm orthodox Mohammad Asghar was the other bowler to take a wicket.

Earlier, Asad Shafiq scored his career’s 50th first-class half-century with an unbeaten 72. The right-handed Test batsman started the day at nine not out. His 130-ball innings was studded with six fours and a six.

All-rounder Hasan Mohsin scored 33 and Sohail Khan made 21 not out as Sindh declared at 234 for seven after resuming the day at 74 for three.

Sindh, for their next round fixture against Northern, who beat Central Punjab yesterday, will stay at the UBL Sports Complex.