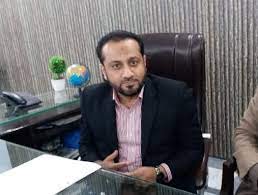 LAHORE (City News) – Pakistan Muslim League-Nawaz (PML-N) MPA Khawaja Imran Nazir has been arrested by police in a case regarding a clash outside National Accountability Bureau (NAB) office on hearing of Maryam Nawaz.

As per details, police stopped vehicle of Imran Nazir on Model Town Link Road and told him that the car was wanted by police in NAB office clash case.

The report stated that workers led by Maryam Nawaz pelted stones at the officials injuring 13 people including NAB employees. She attacked NAB at the behest of her husband Safdar Awan, report said.