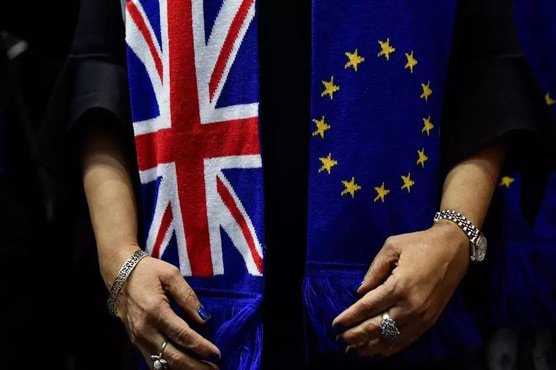 LONDON (Reuters) – Significant differences remain in talks over a trade deal between Britain and the European Union, both sides said on Saturday, as they promised to step up efforts to find an agreement.

After a call between British Prime Minister Boris Johnson and European Commission President Ursula von der Leyen, both said talks would continue in London next week but that the main sticking points remained.

“The prime minister set out that, while some progress had been made in recent discussions, significant differences remain in a number of areas, including the so-called level playing field and fish,” a spokesman for Johnson’s office said.

There was a similar message from Von der Leyen.

“Some progress has been made, but large differences remain especially on level playing field and fisheries,” she said on Twitter.

Britain formally left the EU last January but has been following the bloc’s rules since then as the two sides try to agree on their future trade relationship.

The transition period ends on Dec. 31 but negotiators are still trying to reach an agreement to protect nearly a trillion dollars in annual trade from possible quotas and tariffs.

Both sides say an agreement can be struck before then but little progress has been made over the issues of corporate fair play, fishing rights and the settling of disputes.

The chief negotiators, the EU’s Michel Barnier and Britain’s David Frost, will resume talks in London on Monday and will “redouble efforts to reach a deal”, Johnson’s office said.

“Our teams will continue working hard next week. We will remain in close contact in the next days,” Von der Leyen said.

Time is running out for an agreement this year, and European lawmakers who discussed the matter on Friday said that for this to happen, a deal must be in place by the middle of this month.

Even if there is a deal, a report this week said trade between Britain and the EU still faces widespread disruption from Jan. 1, while systems needed to implement requirements of the Brexit divorce deal will not be ready.