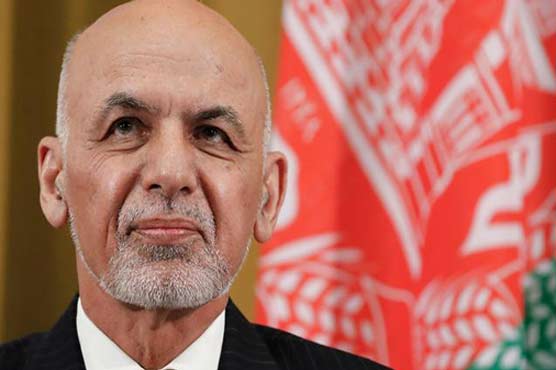 Ties with US to deepen after Biden win, says Afghan president

KABUL (AFP) – Afghan President Ashraf Ghani said Sunday that ties between Kabul and Washington are expected to deepen in areas of counter-terrorism and building peace as he congratulated Joe Biden on his election victory.

Biden’s victory was also welcomed by ordinary citizens, who thought he might slow what some see as a too-hasty withdrawal of US troops.

US President Donald Trump’s administration signed a deal with the Taliban on February 29 that agreed to withdraw all American forces from Afghanistan by May 2021.

“Biden will also finish the war, but he wants to bring the war to a responsible end, not rushing like Trump,” said Mohammad Dawood, a garment seller in Kabul.

“He will slow down the withdrawal from Afghanistan and will keep some troops here, which is good news.”

The withdrawal of troops has been a cornerstone of Trump’s plans to end America’s longest war.

His administration agreed to fully disengage in exchange for a commitment from the Taliban to stop trans-national jihadist groups such as Al-Qaeda and Islamic State from operating in Afghanistan.

The US military has already shut several bases across the country and pulled out thousands of troops as agreed.

Timor Sharan, a lecturer at the American University in Afghanistan, said on Twitter that the incoming Biden administration will have a “more tolerant” approach to peace talks, as Washington’s deal with the Taliban was “terrible” and gave no leverage to the government.

That excluded the Afghan government from negotiations, however, and also saw almost 6,000 Taliban prisoners released — much to the displeasure of authorities.

Days after the release of prisoners, peace talks between the Taliban and Afghan government to end the war were launched in the Qatari capital.

The talks, which commenced on September 12, have failed to make any significant progress so far.

Violence, however, has surged across the country, including in Kabul, with the Taliban stepping up daily attacks against Afghan security forces.

Scores of people were killed in two attacks in the capital targeting educational institutions within days of each other.

Both attacks were claimed by the Islamic State group, but officials have blamed the Taliban.

“I think he will not repeat mistakes committed by Trump. I think Biden will even reconsider the US-Taliban deal and then somehow keep some troops in Afghanistan.”

Delhi fears the worst amid smog cloud and coronavirus wave