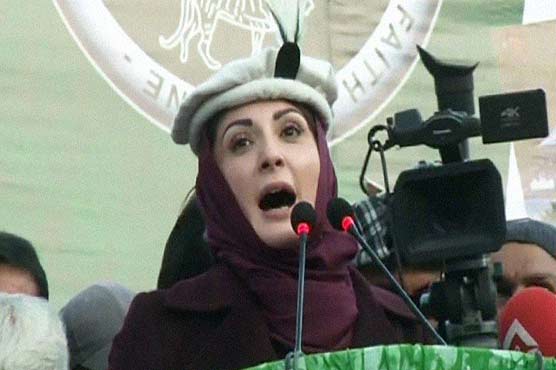 Addressing a public gathering in Gilgit-Baltistan’s Gopis, the PML-N leader said that it’s not in the fate of PTI to serve the general masses. She further promised to make Gopis and Yasin separate districts after winning elections in Gilgit-Baltistan.

Prime Minister (PM) Imran Khan can only take political revenge from opponents and nothing else, she added.

The PML-N leader said that the people of Pakistan are standing with Nawaz Sharif till the end. She further insisted all the women to not sit at home on the day of polls and give vote to PML-N candidate.

PTI government is weakening the country from its roots, she claimed.

‘Selected’ govt has done nothing for people in two years: Bilawal