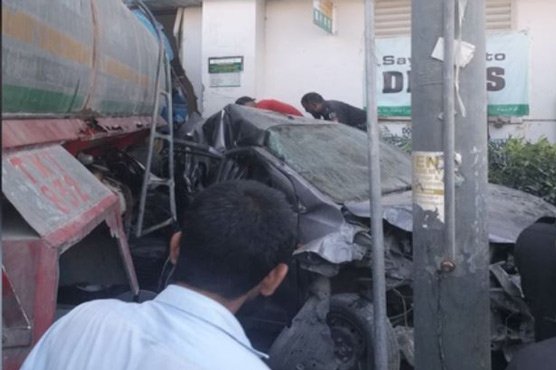 One dead, 5 injured as tanker rams into Karachi bank

KARACHI (City News) – At least one person died while five others wounded when a speeding tanker crashed into a bank in port city’s North Nazimabad neighbourhood.

According to authorities, the unfortunate incident occurred when speeding tanker lost control and ploughed into the building.

Police said the vehicle crashed after its brakes failed. The driver managed to escape from the spot after the crash.

Some vehicles parked outside the bank were also damaged by the out-of-control tanker, they added.

The deceased was yet to be identified, they added.

‘Selected’ govt has done nothing for people in two years: Bilawal