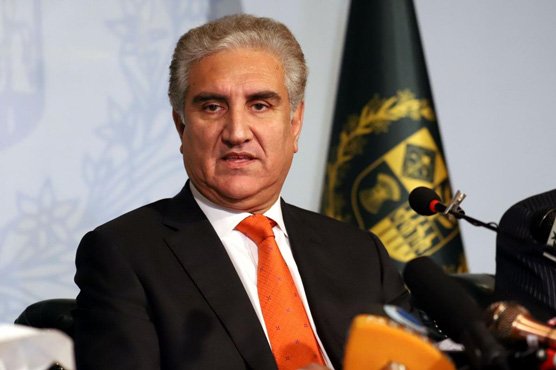 MULTAN (City News) – Foreign Minister Shah Mehmood Qureshi on Sunday said that India is directly involved in terrorist activities in Pakistan and warned that such action can sabotage regional peace.

India also wants to create unrest in Gilgit-Baltistan and it is operating terrorist training centers. Our neighbor’s activities are violating four international conventions, he revealed.

The Foreign Minister said that Pakistan has provided evidence of India’s nefarious plans to the world and Pakistani nation. He stressed that entire nation should come together to thwart Indian attempts to create unrest in the country.

Talking about opposition and its alliance, he said that some leaders of PML-N are not on same page with their leadership and on the other hand, PDM is directionless.

He termed criticism of state institutions against national interest and said that on one side, opposition wants establishment to not interfere in politics while at the same time they want establishment to create conducive environment for them.

FM Qureshi also urged opposition to review their planned rallies due to surge in coronavirus cases in the country and said that Multan and Hyderabad are coronavirus hotspots.