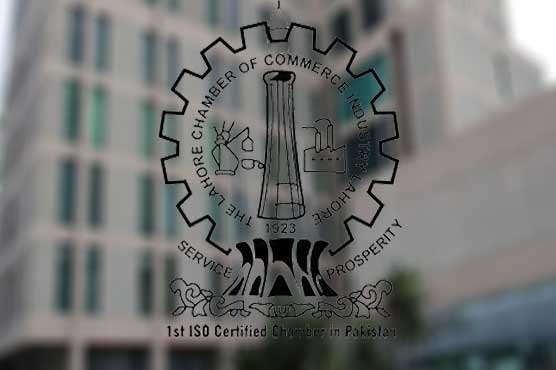 LAHORE (City News) – Chief Commissioner Inland Revenue Ahmad Shuja Khan has said that the tax return form has been made easy as it is now available in all regional languages including urdu, Sindhi, Pashto and Punjabi, etc.

On the demand of LCCI president, the chief commissioner promised full cooperation to Hafeez Centre fire victims. He said, “We would stay with our brothers of Hafeez Centre in this hour of need.” The chief commissioner said that it was a long standing demand of the business community that tax forms were cumbersome; therefore, it was decided to translate these forms into regional languages.

The tax chief said that the Federal board of Revenue (FBR) was working to establish close liaison with the business community and taking all possible measures for trust building.

He said that the FBR considers businessmen as partners and not adversary. He said the government needs revenue to run its affairs smoothly. The chief commissioner also gave a presentation and replied the queries raised by the participants.

He also informed the participants that income tax returns filing form has been made simple and easy and it would also be available in regional languages.

LCCI President Mian Tariq Misbah said it is really encouraging sign that on the demand of private sector, the FBR officials have designed comparatively simpler and shorter Income Tax Return form that requires lesser time to fill and is easy to be handled by the less-experienced taxpayers.

He hooped that in the coming years, the documentary requirements of FBR would made more simple, which would certainly encourage more people to become filer.

He said that according to the government documents, FBR s tax collection in 2019-20 was Rs 3,997 billion, which needs to be improved considerably. The right way for enhancing the tax collection is to expand our tax base by adding up new taxpayers otherwise the regular taxpayers will continue to be over-burdened.

He hoped that rational tax policies from the government especially designed according to the new economic scenario which has been reshaped due to COVID-19 outbreak. Similarly, the private sector should be facilitated to the maximum extent through giving tax exemptions till the revival of business activities across the country.

The LCCI office-bearers also urged the FBR to extend the last date for filing of income tax return so that business community can perform their national duty with ease.

Rupee loses 1 paisa against US dollar