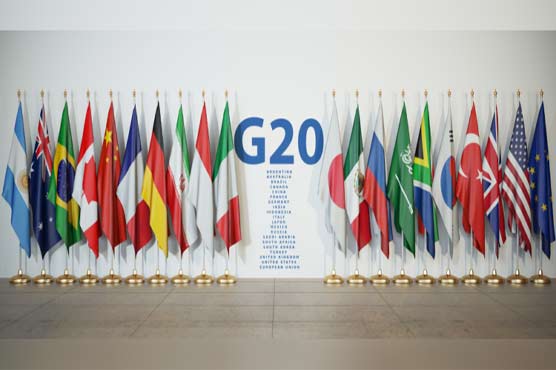 RIYADH (AFP) – Saudi Arabia hosts the G20 summit Saturday in a first for an Arab nation, but the scaled-down virtual format could limit debate on a resurgent coronavirus pandemic and crippling economic crisis.

The two-day meeting of the world’s wealthiest nations follows a bitter US election disputed by President Donald Trump and comes amid criticism over what campaigners call the group’s inadequate response to the worst recession in decades.

Held under the shadow of a raging pandemic, the summit which is usually an opportunity for one-on-one engagements between world leaders, is reduced to brief online sessions on pressing global issues — from climate change to growing inequality.

Discussions are expected to be dominated by the “implications of the pandemic” and “steps for reviving the global economy”, a source close to the Saudi organisers told AFP.

New vaccine breakthroughs have raised hopes of containing the virus, which has infected 55 million people globally and left 1.3 million dead.

The Paris-based OECD projects global economic output will contract by 4.5 percent this year.

G20 nations have contributed more than $21 billion to combat the pandemic, including production and distribution of vaccines, and injected $11 trillion to “safeguard” the virus-battered world economy, organisers said.

But the group faces mounting pressure to help stave off possible credit defaults across developing nations.

Mistrust between member states has hampered coordination, with a US Treasury official accusing China — a top creditor to poor countries — of a “lack of full participation” and transparency.

“We are facing the world’s largest humanitarian crisis and women in developing countries are bearing the worst impacts of the health and economic fallout,” said Action Aid’s Katherine Tu.

“Yet the G20 has its head in the sand and is failing to respond to the urgency of the situation.”

Saudi Arabia’s King Salman will preside over what some observers call “digital diplomacy”.

US Secretary of State Mike Pompeo, a staunch Trump defender, will be present in Saudi Arabia during the summit.

It was unclear whether Trump will speak at the event alongside world leaders, many of whom have already congratulated his rival, President-elect Joe Biden.

“Trump’s actions at the summit aren’t likely to have as much of an effect as they might have in previous years,” Ryan Bohl, of US geopolitical think-tank Stratfor, told AFP.

“Even should he not attend, his lame duck status will make that relatively palatable — it would be just one more norm he upsets on his way out.”

The summit was supposed to be a coming-out party for Saudi Arabia on the world stage.

It had planned a grand event showcasing the ambitious modernisation drive of de facto ruler Crown Prince Mohammed bin Salman, whose international reputation was tarnished by the 2018 murder of journalist Jamal Khashoggi.

The summit would be “the crown prince’s true introduction to the world stage”, a Saudi academic wrote in the Arab News daily last year.

The prince would not only “showcase the kingdom’s ambitious reform projects, but also to grow Saudi influence in the international community”, he said at the time.

But the pandemic, which made a physical summit impossible, has largely dampened those hopes.

“The G20 this year will be a disappointing one overall for Saudi Arabia as a virtual conference will not showcase the kingdom’s progress in the ways Riyadh hoped,” Bohl said.

The hosts will have one less thing to worry about, however — security.

A blast earlier this month targeted Western diplomats in a non-Muslim cemetery in Jeddah, two weeks after a French consulate guard in the city was wounded by a knife-wielding Saudi, has raised alert levels.

Saudi’s human rights record has overshadowed the event, with campaigners and jailed activists’ relatives urging leaders to boycott the summit — or press for answers.

Key among them are the siblings of jailed activist Loujain al-Hathloul, on hunger strike for more than 20 days demanding regular family contact.

“It’s up to the leaders attending the summit to hold the Saudi government accountable, to push them to release jailed prisoners of conscience,” said Safa al-Ahmad, acting director of the London-based rights group ALQST.