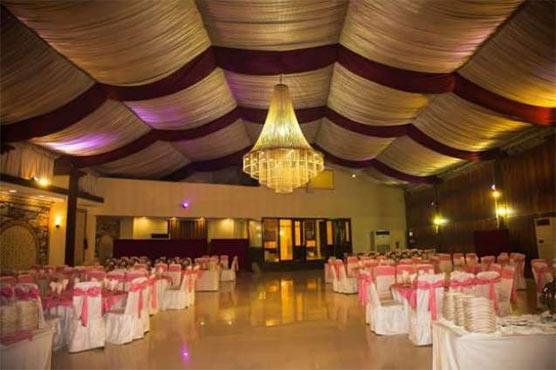 According to Karachi commissioner, warnings were given to seven marriage halls on Wednesday (yesterday) and one was fined Rs 400,000. Total fines of Rs 495,000 were imposed on seven restaurants, 39 were given warnings and eight were sealed, he said.

The commissioner further told that thirteen supermarkets, shops and medical stores were sealed while four were fined a total of Rs 700,000. The administration also warned five educational institutions.

Thirteen persons were fined for not wearing facemask and fifteen were warned. The management collected fines of Rs 35,500 including Rs 500 each from eleven individuals. Rs 20,000 and Rs 10,000 were received respectively from nimko and surgical shops.