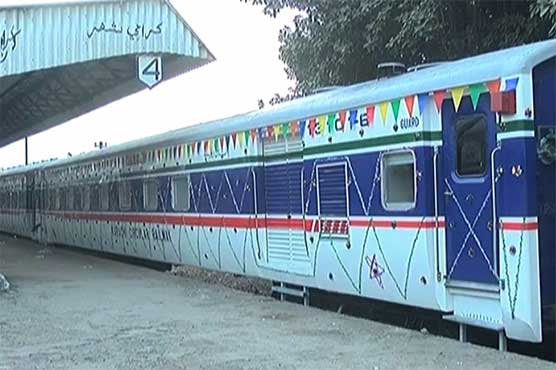 The minister held a news conference and said all equipments which will be used in the KCR have been shifted to Karachi. The KCR includes 40 coaches and fifteen are on track today, he said while adding that the project will be modernized within one year.

“One-side fare of the KCR has been reduced to Rs 30 instead of Rs 50 and monthly pass costs Rs 750. In the first phase, four trains will be operated daily from Pipri to city station Karachi and will be extended to other parts of the city as work is in progress.

“There is a big land occupation mafia in Karachi which has occupied Railways’ lands. The Sindh government will try to remove encroachments. Trains remain in good condition if they keep running. People even steal parts of trains if the operation is halted.

“Wonderful elections were held in Gilgit-Baltistan and the opposition should now worry about the Azad Kashmir polls. No one in the world is accepting defeat in democracy nowadays and the sanctity of vote is in danger due to these people.”