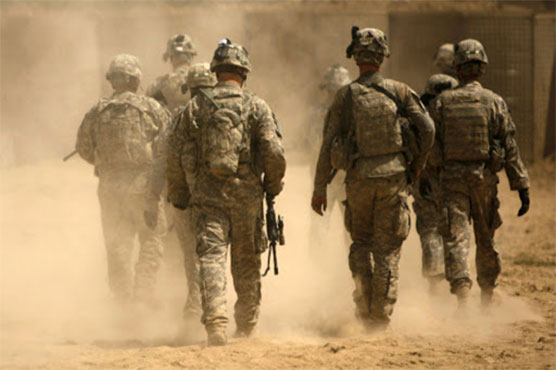 With US pullout, Afghanistan faces messy free-for-all for influence

WASHINGTON (AFP) – In announcing thousands of troops would be pulled out of Afghanistan, President Donald Trump was meeting the mood of the United States but also opening the door to growing, if still limited, influence by US adversaries, experts say.

Iran, China, Russia, Pakistan and India all have complex and often competing interests in Afghanistan, where the United States, backed by Western allies, has been the undisputed top foreign power in the nearly 20 years since its invasion.

What could emerge is less a “Great Game,” as the 19th-century battle for influence in Central Asia was known, but more a great disorder, with the United States stepping back as the Taliban potentially ramps up violence to topple the internationally-backed government in Kabul.

“No one is going to pick up the American role because no one has the same aspirations and objectives,” said William Wechsler, a former senior Pentagon official now at the Atlantic Council.

“But what will happen is that as we depart, every other player will try to achieve their much more limited and specific objectives — which is what led, in no small part, to Afghanistan being such a mess in the first place.”

The Trump administration said Tuesday it would pull 2,000 troops from Afghanistan and another 500 from Iraq by mid-January, shortly before President-elect Joe Biden is inaugurated.

Trump has vowed to end unpopular “forever wars” and Biden has for years advocated winding down the intervention in Afghanistan, the longest in US history, which began following the September 11, 2001 attacks.

Trump has cast Iran and China as relentless US adversaries, vowing to challenge them around the world.

But Iran will be achieving a long-held goal with the removal from its neighbors of US troops — who already ousted two of the clerical regime s top foes, the Taliban and Saddam Hussein.

“China, Russia, Iran and probably Pakistan to a lesser degree all share an interest in having US troops leave the region but not leave abruptly,” said Scott Worden, director of Afghanistan and Central Asia programs at the US Institute of Peace.

“Nobody wants to see a collapse and a renewed civil war and they don t want to have refugees or terrorists coming across from Afghanistan,” he said.

Iran s leading concern is US troops, but Tehran “would definitely like to avoid having the Taliban in control of Afghanistan — and a hasty US withdrawal makes that outcome more likely.”

Iran has stepped up limited contacts with the Taliban as tensions soared with the United States, but Biden is expected to seek a return to diplomacy with Tehran.

China for its part has looked to step up investment in Afghanistan as part of its global “Belt and Road” infrastructure blitz.

“China would like to continue the free ride on the security that America provides for as long as possible,” Wechsler said.

“But China would also like to take advantage of an American departure to both expand its influence and expand its narrative that they are trustworthy and the Americans fundamentally are not.”

Russia — which in Soviet times was humiliated in Afghanistan by an Islamic guerrilla campaign backed by Washington — likewise is both uneasy with US firepower on its doorstep but would not want a Taliban victory.

“Russia and China certainly want the US to leave but they also don t mind that the US is preoccupied and tied down there,” said Vanda Felbab-Brown, a senior fellow at the Brookings Institution.

The regional power with the least ambiguous stance is India, which has poured $3 billion into Afghanistan in hopes of stabilizing the government and defeating the Taliban, who had provided haven to Islamist extremists virulently opposed to New Delhi.

Pakistan, along with Gulf Arabs, had supported the former Taliban regime and the security establishment in Islamabad sees Afghanistan through the prism of rivalry with India.

Experts said that the US withdrawal, which Trump wants complete by mid-2021, would allow Pakistan to advance its proxies in Afghanistan — but could paradoxically weaken Islamabad s hand, with US forces no longer needing its logistical help.

Even after drawing down troops, the United States will retain plenty of influence in Afghanistan including through its aid, diplomats and continued security assistance.

Felbab-Brown said it was a “reasonable judgment” that US adversaries would “get a moral boost” by the United States leaving without defeating the Taliban.

“But there is also the other side of US credibility — not that the US doesn t stick it out, but that it stays embroiled in a conflict way beyond when it serves US interests.”