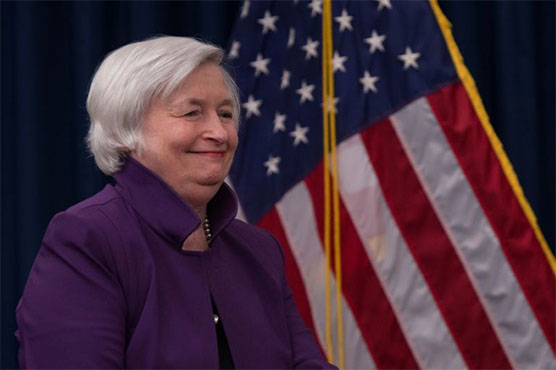 WASHINGTON (AFP) – President-elect Joe Biden will nominate former Federal Reserve chair Janet Yellen to head the US Treasury, a choice that, if confirmed by the Senate, would make her the first woman in the job.

The 74-year-old, whose nomination was confirmed to AFP by a financial source close to the Biden administration, would be tasked with steering the world s largest economy as it struggles with mass layoffs and a sharp growth slowdown caused by the Covid-19 pandemic.

“Yellen will be the next treasury secretary” and she could be formally announced as early as Tuesday, the source said, confirming news first reported by The Wall Street Journal.

Yellen s candidacy was supported by left-wing members of Biden s Democratic Party, according to the source, and requires Senate confirmation.

At the Fed, Yellen was seen as a “dove” inclined towards low interest rates to support employment.

She would succeed Steven Mnuchin, and likely be faced with breaking a months-long deadlock in Congress over passing a new stimulus spending bill for the US economy — assuming lawmakers don t act before Biden s inauguration in January.

“She will make a great treasury secretary at a critical time and write yet another chapter in the history books,” she said.

The United States is home to the world s largest Covid-19 outbreak, and as the economy convulsed Congress rallied in March to pass the $2.2 trillion CARES Act that expanded unemployment payments, supported small businesses and allocated money to hard-hit airlines to maintain their staff.

But those provisions expired over the summer, leading to 32,000 furloughs among major airlines alone and raising fears of a renewed economic slump.

Congress has been deadlocked on passing more aid, with Democrats supporting another $2.2 trillion measure but Republicans insisting on a series of smaller bills.

Gregori Volokhine, president of Meeschaert Capital Markets, called Yellen a “friend of the markets” for supporting further spending that would boost equities, and noting her confirmation would mark a return of technocrats to the executive branch.

Currently a distinguished fellow at the Brookings Institution in Washington, Yellen has signaled her support for more spending.

“Fiscal policy has a very important role to play now,” she said in an appearance this month. “I believe it s essential.”

Biden, who served as vice president under Obama and defeated Trump in the November 3 election, has been moving quickly to fill key slots in his incoming cabinet.

Earlier Monday, he announced a slew of appointments to key national security roles including former Obama official Antony Blinken as secretary of state.

The Dow closed up 1.1 percent following news of Yellen s nomination as well as another upbeat announcement concerning a Covid-19 vaccine.