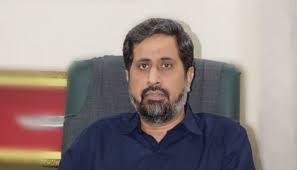 LAHORE (City News) – Punjab Minister for Prisons Fayyaz-ul-Hassan Chohan has said that decision on parole application of Shehbaz Sharif and his son Hamza Shehbaz will be taken after confirmation of arrival date of Begum Shamim Akhtar’s body.

Fayyaz-ul-Hassan Chohan, in a video statement, said that former prime minister Nawaz Sharif was released on parole for 12 days on death of Kulsoom Nawaz.

He further said that Deputy Commissioner (DC) can grant parole for only 12 hours and provincial government will take decision regarding extended release.

The provincial minister assured that government will facilitate Shehbaz and Hamza in every aspect and both will be able to attend funeral prayers and the last rites of Begum Shamim.

Earlier, PML-N leader Attaullah Tarar had submitted an application to the deputy commissioner to release Shehbaz Sharif and Hamza Shahbaz on parole for two weeks.

The applicant said that there is no bigger loss in this world than passing away of one’s mother, therefore, Shehbaz Sharif and Hamza Shahbaz should be released immediately.

Begum Shamim passed away on Sunday in London where she was staying with her son Nawaz Sharif. She had been ill for quite some time. Her dead body will be brought to Pakistan and funeral prayers will be offered at Sharif Medical City.