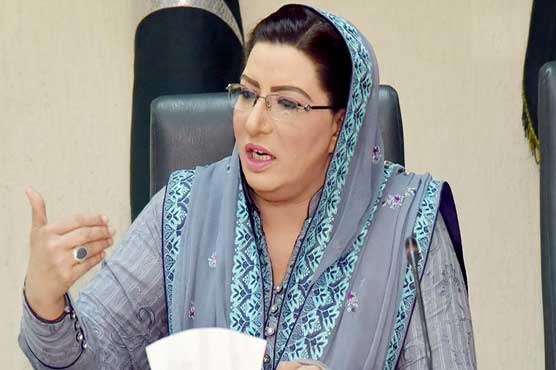 LAHORE (City News) – Special Assistant Chief Minister of Punjab on Information Dr. Firdous Ashiq Awan said that Punjab is on path of real development as per the vision of Prime Minister Imran Khan.

Firdous Ashiq Awan, in a series of tweets, said that CM Usman Buzdar managed to pass record 58 bills of public welfare from the provincial assembly and despite difficult economic situation, government started work on 9 hospitals and 7 universities.

She further said that under the leadership of CM Buzdar, government is working on priority basis for betterment of every sector of life. Sehat Sahulat Program, pension for over 60 years old people, Insaf Medicine Card and other such projects are proof of people friendly policies of CM Punjab.