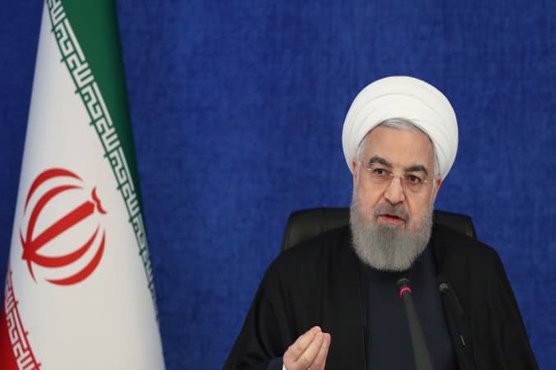 TEHRAN (AFP) – Iran’s President Hassan Rouhani Saturday accused arch-foe Israel of acting as a “mercenary” for the US, blaming the Jewish state for assassinating one of Tehran’s most prominent nuclear scientists.

Mohsen Fakhrizadeh was martyred after being seriously wounded when assailants targeted his car and engaged in a gunfight with his bodyguards outside the capital Tehran on Friday, according to Iran’s defence ministry.

“Once again, the wicked hands of the global arrogance, with the usurper Zionist regime as the mercenary, were stained with the blood of a son of this nation,” Rouhani said in a statement on his official website.

Rouhani vowed that his death “does not disrupt” Iran’s scientific progress and said the killing was due to the “weakness and inability” of Tehran’s enemies to impede its growth.

He offered condolences to “the scientific community and the revolutionary people of Iran.”

The defence ministry said that Fakhrizadeh, who headed its reasearch and innovation organisation, died after medics failed to revive him.

Iran’s foreign minister Mohammad Javad Zarif said on Friday that there were “serious indications of an Israeli role” in the assassination.

The United States slapped sanctions on Fakhrizadeh in 2008 for “activities and transactions that contributed to the development of Iran’s nuclear programme”, and Israeli Prime Minister Benjamin Netanyahu once described him as the father of Iran’s nuclear weapons programme.

The New York Times said an American official and two other intelligence officials confirmed Israel was behind the attack, without giving further details.

Lebanon’s Hezbollah said early Saturday that it “strongly condemns the terrorist operation that led to the martyrdom of the distinguished scientist and university professor Mohsen Fakhrizadeh.”

The powerful Shiite movement added that it asks God Almighty to elevate him to the highest ranks alongside his predecessors of martyrs and scholars, especially those who were treacherously martyred at the hands of Zionist and international gangs of murder and terrorism.

The killing of Fakhrizadeh is the latest in a series of assassinations of nuclear scientists in Iran in recent years that the Islamic republic has blamed on Israel.

“This was a criminal act and highly reckless. It risks lethal retaliation and a new round of regional conflict,” Brennan tweeted.

The assassination comes less than two months before US President-elect Joe Biden is to take office.

Biden has promised a return to diplomacy with Iran after four hawkish years under Donald Trump, who withdrew from the Iran nuclear deal in 2018 and began re-imposing crippling sanctions.