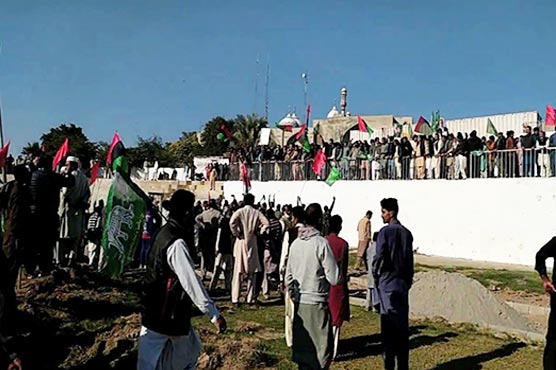 The political workers carried out a rally from Gillani House and clashed with police at Chowk Ghanta Ghar. The workers committed vandalism, removed barriers and broke the lock of Qasim Bagh’s gate.

It is pertinent here to mention that the local administration had on Friday sealed Qasim Bagh. 30 containers had been placed around the venue to bar the opposition parties from conducting the rally.

Let it be known that Pakistan Democratic Movement had announced to hold the rally on November 30 at Qila Kohna Qasim Bagh despite government’s ban on public gatherings due to coronavirus outbreak.

Opposition creating unrest after failing to get NRO: Shahbaz Gill