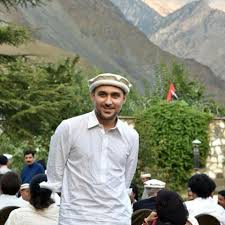 Ali Kasim Gillani, son of former prime minister Yousaf Raza Gillani, was arrested over clash with police when PDM workers stormed into Multan’s Qila Kohna Qasim Bagh which was sealed by the Punjab government ahead of the PDM rally.

Bilawal Bhutto, while reacting to the arrest, said in a tweet that Pakistan Tehreek-e-Insaf (PTI) government is so threatened by upcoming foundation day of PPP that it has arrested the party workers including Kasim Gillani.

On the other hand, Pakistan Democratic Movement (PDM) is holding show of Power at Multan’s Qilla Kohna Qasim Bagh today.

A large number of workers have already arrived at Gilani House in Multan, who will leave for the venue of the public meeting at Qasim Bagh in the form of a rally.

Pakistan People’s Party (PPP) chairman Bilawal Bhutto Zardari will address the PDM public meeting in Multan via video link as he is in isolation after being tested for coronavirus.