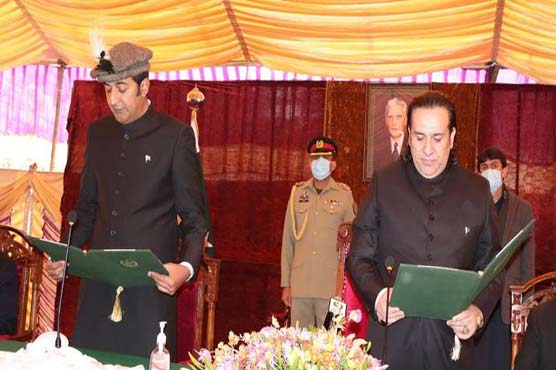 According to details, the oath was administered by Governor Raja Jalal Hussain Maqpoon at the Governor House.

Khalid Khurshid was elected as Gilgit-Baltistan CM on Monday night after grabbing 22 votes. He won the seat from GBLA-13 constituency in General Elections that were held on November 15.

The newly-elected CM got his early education in Gilgit and then graduated from Faisalabad. He received the degree of law from London.

Khalid Khurshid participated in the elections for the first time in 2009 as an independent candidate but lost them, however, he again faced defeat in the 2015 polls.

He joined PTI in 2018 and was elected as party president for Diamer Division.