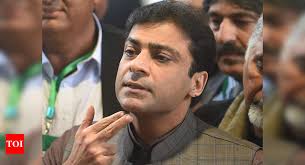 According to details, PML-N’s general secretary Atta Tarar has filed the petition asking the concerned authorities to extend Shehbaz Sharif and Hamza’s release on parole as dozens of people are coming to their home for condolences on his mother Begum Shamim Akhtar’s death.

The decision to release Shehbaz Sharif and Hamza Shahbaz was made ahead of the funeral of Begum Shamim Akhtar, who died in London on November 22.