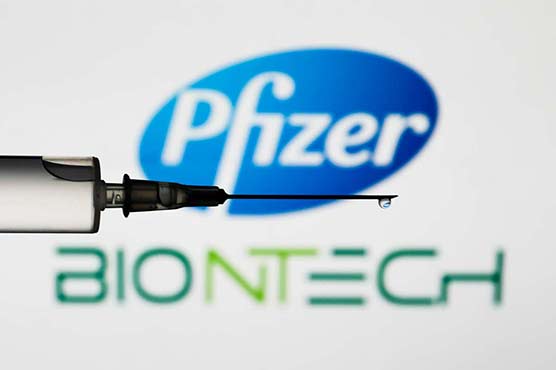 LONDON (AFP) – Britain on Wednesday became the first Western country to approve a Covid-19 vaccine for general use, announcing a rollout of Pfizer-BioNTech’s drug from next week in a historic advance for humanity’s fightback against the coronavirus.

“Help is on its way,” health secretary Matt Hancock tweeted as his department announced emergency use approval by the UK’s independent Medicines and Healthcare products Regulatory Agency (MHRA).

“The NHS (National Health Service) stands ready to start vaccinating early next week,” he said, noting: “The UK is the first country in the world to have a clinically approved vaccine for supply.”

The health ministry said priority groups to receive the jab will include care home residents, health and care staff, the elderly and the clinically extremely vulnerable.

An initial supply of 800,000 doses will be available, Hancock said. “This will start small and ramp up,” he told BBC radio, anticipating “millions of doses” to be available by the end of the year.

“We can see the dawn in the distance but we have to get through to the morning,” Hancock added, urging the public to continue respecting social restrictions in the meantime as England exited a four-week lockdown.

The breakthrough will encourage hopes the world can finally get back on course in 2021 after a year of traumatic losses, both human and economic.

The novel coronavirus has killed nearly 1.5 million people since the outbreak emerged in China 12 months ago. At least 63 million cases have been registered.

Other vaccines expected to come on stream soon include ones from Moderna and AstraZeneca/Oxford University.

The United States and Europe on Tuesday fleshed out plans to administer Covid-19 vaccines as soon as they gain approval, with a US panel recommending that health care workers and nursing home residents be given top priority.

In the United States, an advisory panel of the Centers for Disease Control and Prevention proposed that health care workers and nursing home residents — 24 million people in total — be the first in line for Covid jabs.

Those two groups have accounted for about 40 percent of deaths thus far in the US, which has the world’s highest coronavirus toll. Britain has the highest toll in Europe.

The European Medicines Agency said it would hold an extraordinary meeting on December 29 “at the latest” to consider emergency approval for the vaccine developed by Germany’s BioNTech and US giant Pfizer.

After months of “rigorous” clinical trials and thorough analysis of the Pfizer-BioNTech data, the MHRA “concluded that the vaccine has met its strict standards of safety, quality and effectiveness”, the UK health ministry said in a statement.

“To aid the success of the vaccination programme it is vital everyone continues to play their part and abide by the necessary restrictions in their area so we can further suppress the virus and allow the NHS to do its work without being overwhelmed.”

Pfizer chairman Albert Bourla said it was a “historic moment in the fight against Covid-19”.

“This authorisation is a goal we have been working toward since we first declared that science will win, and we applaud the MHRA for their ability to conduct a careful assessment and take timely action to help protect the people of the UK,” he said.

Pfizer and BioNTech added that they expected further regulatory decisions from other countries “in the coming days and weeks”.

The announcement came as England exited its month-long coronavirus lockdown, but most of the country remained under restrictions as a new regional system for cutting infection rates kicked in.

Prime Minister Boris Johnson, a Covid survivor, succeeded in winning a vote on the measures in parliament late Tuesday, despite significant opposition within his own Conservative ranks which underlined growing fatigue around the world with curbs.

“All we need to do now is to hold our nerve until these vaccines are indeed in our grasp and indeed being injected into our arms,” he told lawmakers before the vote.

Until then “we cannot afford to relax, especially during the cold months of winter”, he warned.

Russia was the first country to announce a successful vaccine candidate, the Sputnik V, and has begun a mass coronavirus vaccination campaign for its military. But the drug has not undergone Western clinical trials.

According to the World Health Organization, around 100 vaccine candidates are currently in development. Around a dozen of them are in the final phase three stage when the shot is tested on tens of thousands of volunteers.